Review copies will be distributed by Mar. 7th. Reviews posted during the tour must be of at least 3.5 stars.

All other info will be included in the Tour Media Kit, distributed via email the week before the start of the tour. There will also be a link on the Affiliate HQ page. 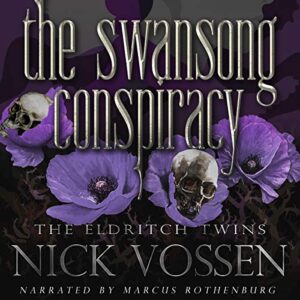 Weirdness is in their blood.

After a near cataclysmic worldwide event shook the foundations of society and unleashed numerous supernatural hazards onto the Earth, twins Quincy and Lilly just want to lead their lives as normally as possible. However, this proves to be quite difficult. The twins are the heirs of legendary horror writer and occultist W.A. Swansong, who has been declared a prophet now that many of his gruesome creations appear to really exist.

When a mysterious inheritance falls into the twins’ hands, a strange and violent secret organization becomes hell-bent on finding them. Quincy and Lilly are forced to flee their hometown of New Orleans, leading them on a wild, supernatural chase throughout the southern United States. With only a handful of allies and a trapped Fire Vampire named Tim, the twins uncover a great mystery tied to their inheritance, the source of all pandemonium, and even the true origins of mankind.

About the Author: Nick Vossen 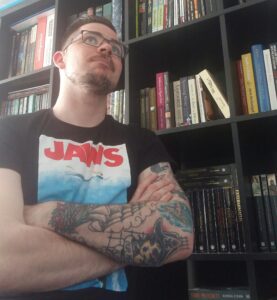 Nick Vossen was raised on blockbuster films from the 80s and 90s as well as fantasy and sci-fi novels, comics and games. No matter the medium, his love for storytelling grew ever larger. Having always had a fascination with the fantastical and weird, he quickly grew fond of authors such as Terry Pratchett, H.P. Lovecraft, Neil Gaiman and many more. During the winter of 2017 Nick released an anthology of short, weird fiction entitled The Fissures Between Worlds, which delves into the strange places on Earth where time does not flow as it should. It was received quite favourably, and so Nick’s desire to tell more stories grew. He has since been privileged to appear in several other anthologies, magazines and short story compilations and has quite a few projects still in the works. His biggest fascinations and inspirations are old forgotten woodlands, the deepest depths of the oceans and the unsettling, uncanniness of retro futurism.

Nick graduated in Media- and Culture studies at Utrecht University in The Netherlands. He is currently working as a freelance creative writer and author. He also frequently works on projects in the Dutch indie-film industry, putting his talents to use in art-direction, set-dressing and of course screenwriting. His first novel, The Swansong Conspiracy (book 1 of the Eldritch Twins series) was released at the end of 2020 by Parliament House Press and well received. The book series offers a unique blend of coming-of-age comedy, supernatural horror and mystery.

About the Narrator: Marcus Rothenberg 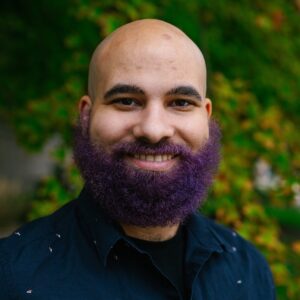 Marcus Rothenberg is a voiceover artist born and raised in Springfield, Illinois. After high school, Marcus joined the Air Force as an air traffic controller. Once out of the service, he began to pursue his passion and dream career as a voice over artist.

Marcus began pursuing voice work full time in November of 2019. Since then, he has lent his voice to multiple projects ranging from commercials, to commissioned Dungeons and Dragons character voices, to full length audiobooks.

He currently lives back in his hometown of Springfield, Illinois and is continuing to use his voice to fuel his passion. When Marcus is not recording, he enjoys table top games, video games, reading, and kayaking.