Audiobookworm Promotions is organizing an audiobook blog tour for The Halves of Us, a YA Fantasy audiobook from Author Sydney Paige Richardson.

Reviewers will receive complementary digital copies of the audiobook via Audible.com or Audible.co.uk.

Review copies will be distributed by Sep. 9th. Reviews posted during the tour need to be of at least 3.5 stars.

Series: The Halves of Us Trilogy, Book 1

Twin Sisters: One destined to rule, one cursed to destroy.

Some say blood is thicker than water. But for twin sisters, Adie and Aura, their connection runs even deeper than blood.

After investigating a surprise attack carried out by dark souls controlled by the Wicked Willow, an evil residing in a neighboring region, Aura uncovers a family secret: She is the fulfillment of a curse placed upon her family centuries ago.

While Aura is destined to destroy their planet, Thindoral, Adie is fated to follow in their mother’s footsteps and become Ruler, but even Adie’s path comes with revelations. Dangerous premonitions plague her dreams, all depicting Thindoral’s demise at the hand of her sister.

As darkness takes control of her mind, Aura must determine whether defying fate and time is the choice that will seal her destruction, or if self-sacrifice will save all she holds dear. Meanwhile, Adie is faced with an impossible decision: Save her sister, or protect their world?

About the Author: Sydney Paige Richardson

Sydney wrote her first book, Girls, in the second grade, about her and her best friends in college [because college was super cool when you were 8]. They went on treasure hunts and fought bad guys with their super powers. Her second-grade teacher was so impressed with her, she laminated a cover and bound it. That will forever be the moment Sydney dreamed of holding a copy of her own book and placing it on a shelf.
Now all grown up, Sydney’s head still stays in the fantasy world, fashioning worlds where the power of a star can be harnessed and used for time travel, flying is just as easy as walking here on earth – and her best friends are fairies. Her characters are dark and lost individuals, but your love for them will grow when you realize not everything is black and white.

About the Narrator: Rocky Taylor 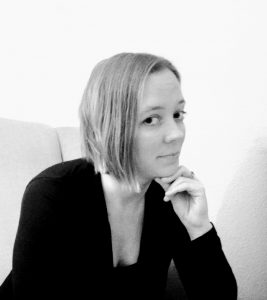 Rocky hails from Washington State and frequently haunts the Oregon coast. She holds a BA from The Evergreen State College and has worked as a stagehand since 2008. After years of bringing stories to life behind the scenes she has transitioned from backstage to behind the mic. An avid reader, traveler, and lover of humanity, she brings all of that to the world of story-telling.

When not in her studio, she volunteers as a community mediator, loves partner dancing and like all Pacific Northwesterners, lives for beautiful summer days.