Audiobookworm Promotions is organizing an audiobook series tour for Soulwanderer, a YA Fantasy novel from Author Tina Wittendorff Mortensen and Narrator Emma Faye.

Signups for the tour end on Mar. 16th.

Reviewers will receive complementary digital copies of the audiobooks via Kobo or Downpour.

Review copies will be distributed by Feb. 24th. Reviews must be of at least 3.5 stars. 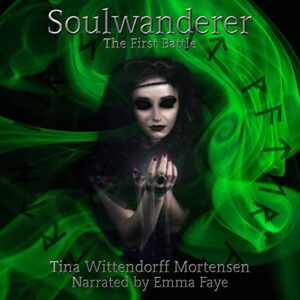 "We are called soulwanderers. We belong to someone in the human world. Or more precisely; they belong to us. We can live without them, but they can’t live without us."

Melerina lives in an isolated land in a world hidden under water where magic has long been forgotten. Her people fear everything outside their borders, including the burning sun that rises above the surface.

Melerina and her best friend, Tahika, encounter three evil spirits from a forgotten time and are brought to a new land far away from their home. They discover that everything they used to believe in is a lie. Melerina is indecisive by nature and would prefer to run and hide from the evil around her, but she has to find her courage to face an army of soulless men, the loss of her loved ones, and the burning sun that threatens to kill her.

Everything that is, and everything that once was, leads back to the dark magic that changed the world. Melerina has no idea how important the magic hidden inside her is if the good has to defeat the evil. If she should fail, her people are doomed to lose their souls for eternity and become slaves of the dark creatures that are trying to take over both the underwater world and the world of the burning sun.

Soulwanderer is a spellbinding story about friendship, lost souls, and love in the middle of a supernatural war.

About the Author: Tina Wittendorff Mortensen 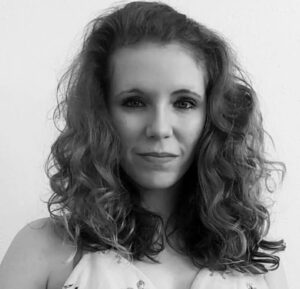 I was born in Denmark in 1996. I've always had an interest in writing. When I was in school, I already started writing short stories in the 3rd grade. My imagination has always been wild, and I was dreaming of becoming an author one day. That dream came true when I in 2017 published my first novel Nordbyen. Nordbyen was very different from the genre I used to be drawn to; fantasy has always been very close to my heart, but Nordbyen was an important story that needed to be told. Now I was getting started, and the idea for the Soulwanderer series came shortly afterward. As soon as I started writing Soulwanderer, I would often dream about the book at night and include these dreams in my stories. I'm happy to finally reveal what I've been working on for 3 years.

Like many other authors, I also have another job and only write in my spare time. I am a language teacher and have worked in both Hong Kong, Australia, and Denmark. I'm currently living and working in France. Experiencing different cultures and meeting all types of people has been an inspiration for my writing as well. I feel very fortunate that I've seen different parts of the world. It makes it easier to create a fantasy empire in my books.

About the Narrator: Emma Faye 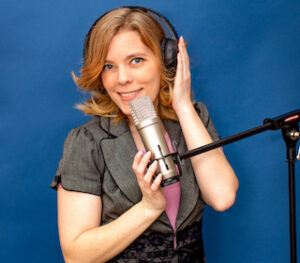 Emma Faye is an actor and audiobook narrator with 20+ years of experience on stage, screen and voice over. Being an LA trained actor, Emma is great at bringing characters to life, very versatile with voices, and draws the listener into the story. She loves doing audiobooks and specializes in Clean/Sweet/Christian books. She is a proud cat mom to 4 fur babies and runs a local community theatre.

Mar. 16th: Deadline for signing up. Media packets are distributed via email.